Antibiotics, and how to use them responsibly

Antibiotics, and how to use them responsibly 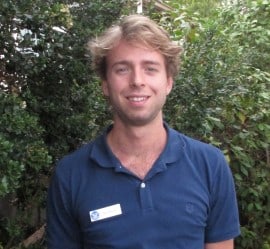 In 1928, a scientist named Alexander Fleming made a monumental and accidental discovery, he discovered a type of mould, known as Penicillin. Upon returning from a holiday he observed that an old petri dish containing Staphylococci had been left on an open window of his laboratory in London. He also found that a foreign contaminating mould had grown and inhibited the growth of the Staphylococci bacteria.

Penicillin has gone on to become a fundamental component of antibiotics, aiding many a person in their recovery from all kinds of bacterial infections. Approximately 70% of antibiotics are also used in livestock as it was quickly found that small, regular doses of antibiotics would enhance the speed and amount of growth within farm animals, boosting farming efficiency with the relentless task of feeding the world’s population of approximately 7.6 billion.

Although antibiotics remain effective with livestock growth, unfortunately Penicillin’s once ‘invincible’ reputation and unquestionable use for bacterial infections is dwindling as time passes.

Even in 1928, Fleming knew very well what he had discovered and what it could lead to. He warned that the use of Penicillin needed to be ‘enough’ or not at all, claiming that if a small dose of antibiotic were used, without entirely wiping out the infection, the bacteria would then adapt to resist any future use of the same antibiotic (“The spread of superbugs”, 2018). Unfortunately due to generations of antibiotic overuse and many antibiotic courses left unfinished, certain strains of bacteria have gradually obtained an immunity against Penicillin.

With the low doses of antibiotics given to livestock animals, there is also an increased chance of antibiotic resistant bacteria within the food we eat. With 70% of antibiotics being used in feed and water for livestock (Aldridge, Parascandola & Sturchio, 1999), you’d be forgiven for asking how much of a threat this poses to humans (not to mention the animals). Thankfully cooking your meat thoroughly should kill any bacteria present anyway, and the resistance problem in humans has mostly arisen due to human misuse. But the question is posed as to how often small amounts of these food-derived bacteria can colonize the human gut and transfer resistance genes? (Phillips, 2003).

Antibiotic resistant strains are on the rise, with a recent discovery of the first true ‘superbug’ resistant to antibiotics in the US, health professionals such as Dr. Thomas Frieden are claiming that “we risk being in a post anti-biotic world” (“Antibiotic-resistant superbug found in US”, 2018).

Lab scientists are hard at work, constantly working ahead of time to create variable, slightly modified antibiotics to combat otherwise resistant bacterial infections. But it seems that we are running out of options and it may only be a matter of time before a ‘superbug’ has us in dire need for a medical alternative.

Although my understanding is basic and I am not a general practitioner, I thought I’d write this to you today, because I believe the education and caution surrounding prescription and use of antibiotics has never been so important. Please take interest in the use of antibiotics and how what you do now can impact our future.

WHAT CAN YOU DO!